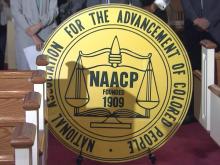 The usual suspects are organizing their efforts to stop voter ID legislation. It appears that there are three sides to this issue:

1. People who oppose any efforts to validate one vote per person. These people want to use voter fraud to steal elections (see below).

2. People who want photographic voter ID to suppress or disenfranchise a certain portion of the voting electorate (according to the people in classification 1).

3. The regular people who do not understand why this is even an issue. Both classifications 1 and 2 agree that voter suppression is wrong so why are we wasting time and resources over a period of years to resolve an issue that is not an issue when brought to the light of day? If you disagree with this assessment, ask anyone supporting their position to go on the record with their answer to this question: Do you support voter suppression?

Photographic identification is a common sense practice used by our state everywhere else. But I am biased in this matter: ignorance and wanting power over other people are never highly rated traits in my opinion. I am frustrated that people over 120 year old are voting in this state. There is no need to list other voting irregularities since the lines in this fight are drawn. This is just another method to keep us divided but more importantly, it is stealing our freedom by stealing our vote. I recommend reading our original state constitution to see how our forefathers guaranteed our private property based on voting requirements.

When the lines are finally drawn in stone, people who supported voter fraud to win elections will be on the wrong side of myline.

RALEIGH, N.C. — Groups opposed to likely legislation at the General Assembly this year requiring North Carolina citizens to show identification before voting in person already are rolling out a plan to fight it.

The National Association for the Advancement of Colored People and American Civil Liberties Union in North Carolina and others scheduled a Legislative Building news conference Wednesday to unveil organizing efforts against voter ID proposals.

photo i.d. or no photo i.d. personally i’m in favor, but if we can’t get the laws passed, then lets see if they can come up with a rational opposition to this…..
the iraqis got one thing absolutly right….after you vote, you get your finger dipped in ink to prevent you from voting again…if you vote fraudently once…it will be only once…no running from poll to poll voting under many dead folks names
now how on earth can anyone oppose this simple measure to make our voting less dishonest???