Memorial Day – What is it all about? 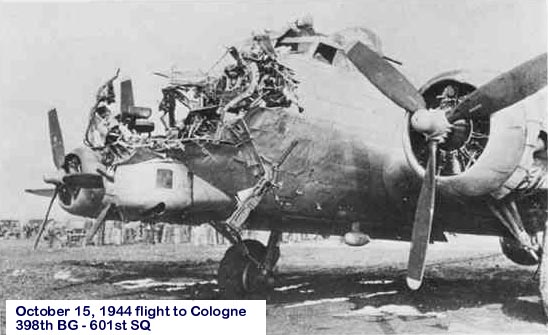 Memorial Day was set aside as a holiday to commemorate those who died in the service of our country. Who are these people who gave their lives so that the rest of us could live free?

Many of us lost family in war. My uncle John Scholar lost his life at the Battle of the Bulge in WWII. He unearthed and disarmed hidden explosive devices left on roads and bridges by the retreating German army. After a bridge was cleared as safe by another, he sensed something was wrong and refused to let our troops cross. He went to recheck and got blown up.

He never married or had a family. All I know about him is a few pictures of a handsome smiling guy – someone everybody liked. He was the type of person who kept this nation free.

My Uncle Gerald Francis Davis passed away six months ago in Hayesville. He was the one that brought us to Hayesville. Hardly anyone knew him here or that he started the ‘Over 50 Softball League’ in the mountains or that he was a highly decorated WWII hero.

Those that did know him knew he made everyone around him feel better about themselves.  I never heard him say a negative word about anyone. If you knew how difficult he started out in life, you would be more than amazed.

As a kid, he was the first one to take me out on a boat, diving off it, pretending his head was stuck in the sand. Terrified, I jumped in to save him and got dunked for my efforts, always with his huge laugh, infectious smile and joy of life.

He took me to my first amusement park, Coney Island. He was grinning and laughing all the way to the top of the parachute jump just to see the stunned look on my face when the parachute clicked and we free fell 50 feet until the chute caught enough air.

He was the one that brought back a meticulous miniature speedboat from Japan – which I still have. He got me a tryout for a semi-pro fast pitch softball team when I was 18. I ended up being the youngest player on the team and he the oldest at 43. He knew instinctively how important it was for me to feel accepted by the adults on the team.

He played ball into his 80’s and was on several state Florida All-Star Teams, playing in national championships. He was an insurance executive and devoted husband to his wife and three daughters.

The way I found out he was a highly decorated WW II hero was purely by accident. At age 87 I was filling out his application for Veterans benefits and saw on his discharge papers that he had a Distinguished Flying Cross (DFC), The Air Medal with 4 Clusters, three Battle Stars and a host of other medals, ribbons and commendations.  He had never mentioned or displayed any of them.

I asked him if there was a ceremony for his DFC. He said yes but did not want to talk about it because virtually all DFC’s were awarded posthumously, so the ceremony wasn’t much of a celebration. He wasn’t even sure why he got the metal, but speculated it was for a mission to destroy the I. G. Farben petrochemical complexes which was considered a suicide mission because they were so heavily fortified with anti-aircraft and fighter planes.

The first I knew he was in combat was when he had one beer too many after a softball game and talked about one of his 30 combat missions as a B-17 lead navigator over Germany, the one perhaps he received the DFC medal.

You may remember the movie “The Memphis Belle” about the first B-17 bomber crew to make 25 bombing missions over Germany without being shot down.  Half of all B-17’s built were shot down by the Germans. It was a very dangerous job. His story was even better than the movie.

On one mission they were unable to drop their bombs due to clouds obscuring the initial target of submarines being moved up the Elgin River to the North Sea. So they had to go to their secondary target, Bremerhaven, a major German naval facility, and extremely heavily defended.  Due to strong headwinds, their ground speed was very slow and they were over the target for too long.

As a result, anti-aircraft flack ripped through much of the bomber and in particular through the floor between Gerald’s legs, leaving a gaping hole in the fuselage the size of a watermelon.  The flak that passed between his legs killed the pilot above him.  The navigator was seated in the protruding nose of the plane just under the pilot.

The copilot was knocked out by the blast.  The oxygen supply was destroyed.  The throttle sticks were also blown off.

The bomber went into an uncontrollable dive in what is called a ‘death spin.’  The centrifugal force of the spin kept Gerald pinned against the wall and he was unable to bail out.

Somehow the engineer revived the copilot.  He managed to pull the broken throttle sticks out of the death spin at just 500 feet above the ground.  They still had twelve 500 pound bombs of TNT on the plane.

The plane’s hydraulic system was destroyed.  All but one engine was knocked out by the German antiaircraft fire.

They had to make the decision whether to crash land the plane after dumping their remaining bombs on the German coast and spending the rest of the war as prisoners or try to get back across the English Channel and crash land the bomber at one of the designated crash landing runways in England.

They had no idea whether they would be able to keep the plane airborne long enough to cross the Channel.  They weren’t the only ones that this happened to as there was a popular WWII song titled “Coming in on a Wing and a Prayer.”

Had the plane gone down at sea it would have meant almost certain death from the frigid waters.  Nonetheless, they decided to risk their lives to get back to England so that they could risk their lives again to help win the war.

People like my two uncles and all the others that died defending our country are what Memorial Day is all about. Honor them and all the veterans that served, for they are the ones that wrote out a blank check made payable to the United States of America for an amount up to and including their lives so we could be free.

Mr. Davis, I really enjoyed reading of your Uncles’ heroic exploits. Yes, they were and are heros and they earned their place in history as part of the greatest generation. My dad was an Army Aircorp soldier on Saipan with the 73rd. bomb wing, 20th Air Force, equipped with the then new “Super” bomber, the B-29, Superfortress. A lot of his friends never returned either. My wife’s uncle, James Crisp was a young Airborne Glider Infantryman who never survived the Battle Of The Bulge either. Most were just in their teens when they answered the call. Every Memorial Day and Veteran’s Day, I think of them. Thank you to all who served and sacrificed for their country and their families who also served by being there and supporting them! May God richly bless and protect each and every one of you!