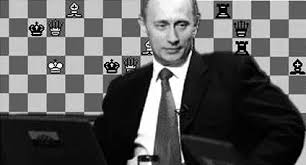 World War III is about to start. And Obama’s foreign policy failure(s) in Benghazi, Turkey and Syria will be the catalyst. The following information shows that 40 million tons of weapons were shipped to rebels in Syria (al Qaeda and the Muslim Brotherhood) via Turkey by this administration. This is the reason why the old adage “the enemy of my enemy is my friend” is a fallacious argument: al Qaeda is the enemy and there is no justification for arming them. Ask any soldier who has served or is serving in Afghanistan concerning this simple fact.

As more facts emerge concerning the Benghazi tragedy, at least the following information makes some sense for sacrificing one ambassador and three Americans in order to save a rescue team from certain death in a well organized ambush. As stated many times in the past, Putin is playing chess and Obama is playing checkers.

But back to the election fallout. If Obama wins reelection, impeachment proceedings will start after Congressional hearings in mid November. WWIII and/or civil unrest will be the only legacy of a failed presidency.

The hidden real truth about Benghazi

Based on information provided by my source and corroborated elsewhere, the official account by administration officials is a mosaic of lies that were necessary to cover the unpalatable truth of covert actions taking place in Libya, Syria, Turkey, Jordan and Lebanon. The primary objective of our covert actions was to secretly arm anti-Assad “rebels” in Syria by funneling arms from Libya to Syria via Turkey, with other destinations that included Jordan and Lebanon.  Regarding the threat to Stevens and the other murdered Americans, the truth will reformat the persistent question posed to government officials, from UN Ambassador Susan Rice to White House Spokesman Jay Carney and others from “how could you not have known” to “how could you have done these things?”

First, it is important to understand that Ambassador Stevens, Sean Smith, Glen Dougherty and Tyrone Woods were not killed at a consulate office in Benghazi—as there is not such office there. They died at one of the largest CIA operations centers in the Middle East, which was located in Benghazi and served as the logistics headquarters for arms and weapons being shipped out of the post-Qaddafi Libya.

Although the U.S. government insisted that Stevens was involved in securing and destroying the numerous caches of arms and weapons once under the control of Qaddafi, the operation was more complex than that. The visual accounts of weapons being destroyed were indeed real, but those weapons were not operational. The working weapons were actually separated and transported to holding facilities for their eventual use in Syria. Russia was fully aware of this operation and warned the U.S. not to engage in the destabilization of Syria, as doing so would endanger their national security interests. Deposing Assad, as despotic as he might be, and replacing him with a Muslim Brotherhood-led regime would likely lead to unrestrained Islamic chaos across the region.

According to my source, Ambassador Stevens was in Benghazi on September 11, 2012 to meet with his Turkish counterpart, who reportedly warned Stevens that the operation was compromised. They met in person so that Stevens could be shown overhead satellite images, taken by the Russians, of nefarious activities taking place in Turkey. But just what were these nefarious activities?