A Sheriff Who Will Defend the Right to Bear Arms 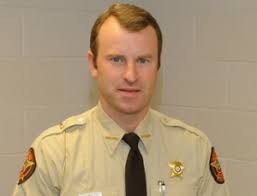 Recently, tragic events of violence have occurred throughout our country that have prompted the President, Vice-President and other members of Congress to analyze the federal gun laws that are in place in our country. There has been talk of banning certain types of firearms, regulating magazine capacities, and ammunition restrictions. People are very concerned and afraid that the federal government is attempting to take their firearms.

I have been approached by several people recently and asked what I would do if they “came to take our guns”. I would like to take this opportunity to let everyone know what my position is on this particular issue.

It is my firm opinion that the problems and violence that has happened recently did not happen because people are allowed to have guns, or even high capacity magazines. These events happened because PEOPLE, not guns, made them happen. Disarming law abiding citizens does absolutely nothing to address this issue. I take great comfort in the fact that in a time of crisis, I would have at my disposal a large number of law abiding, armed citizens that I could call on to assist my office and that these people would be proud and honored to do so. The laws of the State of Georgia also allow me to do just that and the citizens of this county should take just as much comfort in this fact as I do.

One of the most sickening events that we could face would be for an illegally armed criminal to invade a home and cause harm to someone who had abide by some federal law and was no longer able to legally arm themselves.

In Georgia, Sheriffs are constitutional officers who are held accountable by the people who elect them. We are obligated to enforce state law and have NO authority or duty to enforce any federal law or mandate. The President does not have the authority to order a county Sheriff to do anything.

As Sheriff of Fannin County, I will never take any part in any attempt by our federal government to violate the rights of our citizens in any way. This includes robbing us of our 2nd amendment rights to keep and bear arms. My focus would be much to the contrary. It is my promise to the citizens of Fannin County that I will always fully exercise all the powers of the Office of Sheriff to protect and defend the constitutional rights of each of you. Neither I nor any of my deputies will enforce any laws or rules that are in conflict with our constitutional rights nor will I permit any federal officer to enforce any unconstitutional rules, laws, orders (executive or otherwise) or regulations within the boundaries of Fannin County Georgia.