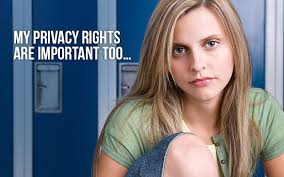 Thanks to the Human Rights Commission, Washington state’s newest law makes businesses open their bathroom doors to both men and women – meaning, men must be granted equal and unfettered access to the ladies’ restrooms.

“This first-of-its-kind, statewide law is part of the recent push to frame gender-segregated bathrooms as an affront to ‘equality,’” wrote Joseph Backholm in the Family Policy Institute of Washington.

A new rule issued by the state’s HRC just took effect this month – and that’s after the Houston’s lesbian mayor lost her own personal campaign to open women’s restrooms to men, due to voter backlash. Voters in Missouri and Arkansas recently shot down similar proposals, too.

But Washington went a different way, and the HRC, which has rule-making powers, created a new mandate for the entire state to abide.

As The Family Policy Institute pointed, the state’s been battling with the issue for some time.

“School boards throughout Washington state have been wrestling with it. The YMCA of Pierce and Kitsap County recently made headlines when they created a policy allowing transgender men to use the women’s locker room under any and all circumstances,” the organization reported. “However, this is the first statewide mandate that forces businesses to cooperate with a customer’s confusion about his or her gender.”

Forgive me but I find the implementation of godless, communist, ideology somewhat amusing….as long as it is kept at a certain distance.

Washington State going down a slippery slope. GOD will get those who are Responsable for this!!

Horse crap! This will all end in disaster. I just hope it’s a liberal’s family member that gets raped or molested -- it’ll serve them right.

the filth and debauchery just keeps rolling on from these evil sick mentally twisted demon-rats, when are the people going to hang the leaders doing these evil sadistic acts of terror. Just the scriptures state, every filthy decrepit thing these freaks can think up are coming to fruition, but in the end these same people doing this will ALL die horrible deaths at the hand of God.

This krapp comes out of loony Seattle . The rest of the state is quite sane but Seattle is beyond bonkers . They have a 20 foot bronze statue of Vladimir Lenin and of course the gay man’s naked bike ride through downtown . Locally it’s known as Seattle and Gomorrah.

As my wife said: Now I have to put the seat down in the womens Bathroom?

yes, they really are mentally twisted because they are all liberal white trash demonrats along with there voting block of illegal aliens of al sorts and flavors, having unfetted access to all social services.

Why people go out in public in Teams, minimum 2 pairs of men/women: bathroom security. “Excuse me, SIR, that’s the female bathroom, and it’s in use. Please wait out here for a moment. Oh, look, the Men’s room has opened up!” Vest-pocket video camera on.
A discussion will ensue while entrance is physically blocked, while business is completed, probably before defensive contact is needed or Officials can respond.

The same kind of stupid is in Portland Oregon.