Dems and the Left Will Own the Violence 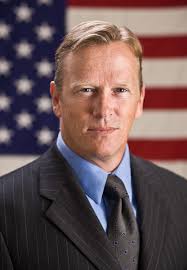 President Obama, House Minority Leader Nancy Pelosi, Al Gore, Michael Moore, the standard group of Lefties and their celebrity minions, and registered democrats of all stripes have either by annunciation or quiet acceptance tied themselves in support to the Occupy Wall St (OWS) protests and the off-shoots in other cities across America.  More importantly, they’’ve all tied themselves to violent rhetoric that seems to bubble underneath these protests.

Already, several instances of violent confrontations have been reported.  There have been multiple efforts to attack Bank of America offices.  There was the confrontation to gain access to the Air & Space Museum in DC.  There was an effort by a large mob to gain access to the New York Stock Exchange.   There was an effort to disrupt the flow of traffic across the Brooklyn Bridge; scenes of the rejection of authority abound.

Just Wednesday a foreign national/naturalized US citizen/man of Middle Eastern descent took to the microphone at the Occupy LA protests to inform the silly American Lefties that non-violence won’t work; the Ghandi example will not work in America.  This man with an Arabic accent made clear the only way to victory was through violent uprisings.

For the Left, this is Revolution.

Does the Left realize how quickly these protests could turn violent?  One rock through a Bank of America window:  one person accidentally run over by a police car or ambulance: one sufficiently brazen group of anarchists who decide it is time to attack the police.  Are mainstream Democrats in for this?  Are they looking at the videos of the small scale protests and wondering, is that my party?  Is that my method for advocating for more deficit spending, more debt, and more government control?

I wrote some time ago about concerns permeating through the Tea-Party movement of a small minority of right leaning Americans who themselves were advocating violence and Revolution.  There was/is a difference.  The Tea Partiers spoke in terms of defense from a rapacious government; a government ignoring the US Constitution to the detriment of individual freedom, threatening the existence of the 2nd Amendment, and a government that wants to “”Tread”” on American citizens.

The OWS protests are not the Tahir Sq. protests from Egypt.  Egyptians were protesting for needs:  the need for decent food, clothing, and shelter; the need for freedom; a representative government; a chance to live better.  Furthermore, the Tahir protests were not peaceful, and the aftershocks in Egypt have not been peaceful.  No, the OWS protesters are advocating for wants based on envy and laziness, and self-pity.

The message from OWS is muddled, weak, incoherent, uneducated, embarrassing, and un-American.  All of the Left now owns these protests.  If the violence comes, which seems increasingly likely, it will be from the left, not the right.  It will be another stain on the Democrat party.

The Democrat party is no longer the party of your father or grandfather.

Mayor Michael Bloomberg has caved to the OWS protestors in downtown Manhattan.  The protestors have the upper hand in the face of a fearful city government.  This isn’’t no Tea Party gathering, it’s a gathering of Takers and young Americans suffering from the elevated self-esteem and ignorance they gained in America’s public schools.

Note:  Libertarians seems to be well represented in these protests.

The elusive line that distinguishes “want” from “need” is as subjective as the definition of “poverty” in America vs poverty as experienced in the third world.

The rhetoric heard in the OWS protests is EXACTLY what was heard in Tahir Square. One group defines themselves as “have-nots” and demands the receipt of unearned goods from another group they label as “haves”.

Examine the actions and motives. Apply a stern filter of right and wrong. You will observe with remarkable clarity that the “means” to the “ends” of economic-justice demanded by the occupiers are unacceptable to a conservative thinker. Their choices are not moral choices.

Thou shalt not steal applies to all men. There are no class distinctions in morality.