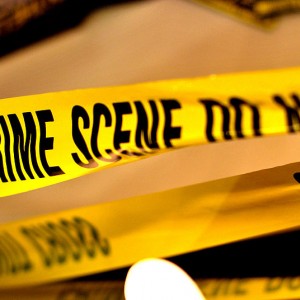 Even though the United States has the highest incarceration rate and the largest total prison population in the world by a very wide margin, hundreds of communities all over America are being overwhelmed by crime and violence.  For many years, violent crime had actually decreased in the United States, but now the trend is going the other way.  Violent crime in the U.S. increased in both 2011 and 2012, and it is being projected that it will increase in 2013 as well.  The frightening thing is that crime statistics are going up even though police departments in some major cities have publicly announced that they will not even respond to certain crimes anymore.  This has the effect of making crime statistics look lower than they actually should be.  For example, in the city of Chicago police will no longer respond in person “to 911 calls reporting vehicle theft, garage burglary or simple assault“.  So if someone steals your car or breaks into your garage, you can file a report over the phone if you want, but it probably won’t do much good.

So what is causing the rise in crime and violence?  Well, we live at a time when economic opportunities for young people are extremely limited.  The younger you are, the more likely you are to be unemployed, and poverty in America has been steadily rising even in the midst of this so-called “economy recovery”.

When people are poor and feel like they are out of options, they tend to get desperate.  And desperate people do desperate things.

#1 Flash mob crimes are becoming increasingly common in our major cities.  For example, in Washington D.C. a “flash mob” of 20 or 30 young people recently stormed a convenience store and took whatever they wanted…

“It was crazy. Beyond our control,” says the manager of the King Convenience store in the 1500 block of U Street in Southeast D.C.

He says a flash mob of teens stole candy, soda and other items from his store Saturday night.

#2 In the Bronx, police seem to be powerless to do anything about the gangs that are ruthlessly terrorizing law-abiding families…

The gun-toting teen shot by police over the weekend grew up in a gang-infested neighborhood in the Morrisania section of the Bronx where law-abiding families live in constant fear. Even if young boys try to avoid trouble, it comes looking for them.

At first glance, everything looks calm and ordinary in this community. But under the surface, the threat for boys as young as 9 or 10 from gangs and criminal crews pressuring them to join is constant.

One boy, whose identity Fox 5 is protecting, said they have no choice but to join a gang. He said he tries to stay busy and off the streets at night when the gangs are out and hunting for new members. He said most boys don’t choose to join a gang, but if they don’t, they and their families suffer consequences. He said gangs have ransacked the apartments of reluctant recruits.

#3 In Baltimore, there have been several reports recently of vicious mobs assaulting innocent pedestrians…

A man was assaulted by a group of people early Sunday morning in Baltimore’s Little Italy neighborhood and part of the attack was captured on camera.

The attack happened at around 12:45 a.m. at Bank and Exeter Streets. The victim, who works at a restaurant in the area, was walking down the street when a mob of people approached him and started beating him.

The video shows the victim trying to get away, but stumbles and the mob starts attacking him again. The victim was finally able to run into a nearby wine bar for help.

Coworkers of the victims say he is still in the hospital after having surgery on his jaw. They also say they are now taking extra steps to be safe. “A girl at my work got robbed right before that, we think, by the same people. So she’s been staying at my house just because it’s not safe for her to be by herself. But our managers are making sure that nobody’s walking to the garage anymore. So they’re driving us to our cars from now on,” coworker Jackie Quattrochi said.