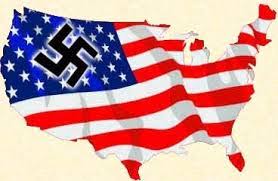 German outrage over a U.S. Internet spying program has broken out ahead of a visit by Barack Obama, with ministers demanding the president provide a full explanation when he lands in Berlin next week and one official likening the tactics to those of the East German Stasi.

German Chancellor Angela Merkel’s spokesman has said she will raise the issue with Obama in talks next Wednesday, potentially casting a cloud over a visit that was designed to celebrate U.S.-German ties on the 50th anniversary John F. Kennedy’s famous “Ich bin ein Berliner” speech.

Government surveillance is an extremely sensitive topic in Germany, where memories of the dreaded Stasi secret police and its extensive network of informants are still fresh in the minds of many citizens.

In a guest editorial for Spiegel Online on Tuesday, Justice Minister Sabine Leutheusser-Schnarrenberger said reports that the United States could access and track virtually all forms of Internet communication were “deeply disconcerting” and potentially dangerous.

“The more a society monitors, controls and observes its citizens, the less free it is,” she said.