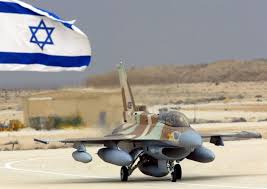 JERUSALEM (JTA) — Israel’s Air Force bombed a terror training base in Gaza hours after a rocket from Gaza struck near a civilian community in southern Israel.

The Israel Air Force targeted the training site and what it identified as a weapons storage facility on Sunday morning. Direct hits on the targets were confirmed, the IDF spokespersons office said in a statement.

The Democratic Front for the Liberation of Palestine confirmed to Reuters that the training base was hit.

This entry was posted in Editorial, Radical Islam and tagged Gaza, IDF, Israel. Bookmark the permalink.