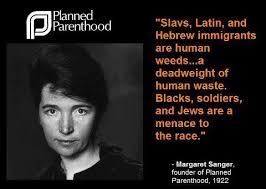 A federal judge ordered Utah to keep sending money to the local arm of Planned Parenthood on Thursday amid a lawsuit over the governor’s decision to defund the organization_at least for now.

U.S. District Judge Clark Waddoups extended his earlier decision in the group’s favor, but he said he plans to issue a longer ruling later.

The Planned Parenthood Association of Utah sued Gov. Gary Herbert in September, arguing his move to block about $200,000 was unconstitutional and based on unproven allegations that Planned Parenthood officials in other states illegally sold fetal tissue from abortions for medical research.

The allegations came from secretly recorded videos released by a California anti-abortion group that showed Planned Parenthood officials in Texas and other states describing how they procure the tissue.

The Constitution does not list abortion as one of its enumerated powers. The only tool that an activist judge requires is to apply the unConstitutional label on an issue to render any opposition moot.