Russia’s Putin set for stand-off with EU on Syria, energy 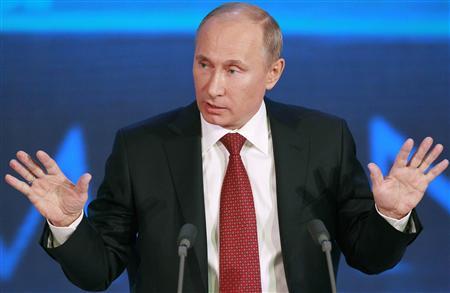 (Reuters) – Russian President Vladimir Putin and European Union leaders are likely to clash over issues ranging from Syria to trade, energy and human rights on Friday when Putin holds his first talks in Brussels since his re-election as president in May.

Relations between the 27-nation bloc and Russia, its main external supplier of energy and a key trading partner, have been soured by rows over gas pipelines and brewing trade disputes over cars and pigs.

European leaders have taken issue with the jailing of members of punk band Pussy Riot, prosecutions of opposition figures and laws restricting protests and foreign-funded organisations since Putin was re-elected.

EU foreign policy chief Catherine Ashton said in September such moves constituted “a trend that is of very serious concern to the European Union”.

This entry was posted in Editorial and tagged EU, Putin, Syria. Bookmark the permalink.