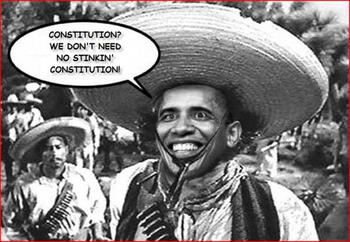 The Homeland Security Department has stopped all deportation cases until individual reviews are completed.

“This case-by-case approach will enhance public safety,” Janet Napolitano said in the letter. “Immigration judges will be able to more swiftly adjudicate high priority cases, such as those involving convicted felons.”

If there are 20 million illegal aliens in the United States and each case was reviewed in only one hour, Ms. Napolitano has a strange sense of swift justice. If the courts worked continuously (24 hours every day including weekends and holidays), it would take 2281.5 man years to process every case. Obviously the government will not prosecute every illegal in the country but even 1% would take 22.8 man years. The cost alone would make this prohibitive especially since deportation is a temporary condition quickly remedied by walking back across the border. With Eric Holder in charge of the Department of Justice, he will prosecute this new policy with the same diligence as any other law that he does not agree with in principle.

Since the 2012 elections are fast approaching, the Obama administration has just gained several percentage points in the next election in the Democrat Party’s favor. As we see in at all levels of government, the end justifies the means.