The president Does Not Understand God’s Covenant of Marriage 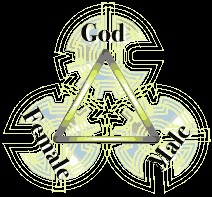 “While the president does not weigh in on every single ballot measure in every state, the record is clear that the president has long opposed divisive and discriminatory efforts to deny rights and benefits to same-sex couples.”

Obama’s criticism of North Carolina’s Constitutional amendment defining marriage according to the Bible is a signal that the Department of Justice will intervene once this amendment passes in May. The Bible clearly defines marriage as a holy covenant between God, one man and one woman. The Bible also clearly defines homosexuality as a sin. Sorry Mr. Obama but you cannot subvert the Bible as you do the Constitution of the United States.

North Carolina is the last state in the South to add this measure to their state’s constitution. Do I agree with this measure? As I stated earlier, marriage is a holy covenant so why is the “state” involved? George Washington did not need the state of Virginia’s permission or license to get married. But we live in different times as the president is completing his transformation of our country. So I will support this amendment along with every other Christian who understands what the “fear of God” represents.

Governor Perdue has made it clear that she opposes this amendment. But let me be clear: North Carolinians know that the president and governor are only concerned with transferring our dependence from God to the Socialist state. But let me also be clear when the Department of Justice intercedes after this amendment is passed: WE WILL NOT COMPLY.

Ballot questions have come to occupy a special place in the hearts of political parties. Using controversial topics in referendums in an election can get certain voters to the polls, which can affect who gets elected.

In a rare move, President Obama got involved in North Carolina politics on Friday, saying he opposed a state constitutional amendment that would ban same-sex marriages and civil unions, the Raleigh News & Observer reported.

“While the president does not weigh in on every single ballot measure in every state, the record is clear that the president has long opposed divisive and discriminatory efforts to deny rights and benefits to same-sex couples,” Cameron French, spokesman for Obama’s North Carolina campaign, said in a statement.

Democratic Gov. Bev Perdue applauded Obama’s stance in a message on Twitter Friday, and added that “the Constitution is for guaranteeing rights, not taking them away.” The proposed amendment is set for a May 8 referendum.