What Is the Greater Threat to Freedom than Liberalism and Conservatism? 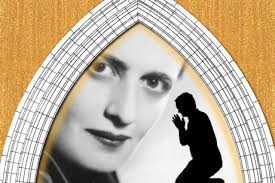 I never thought about classifying Ayn Rand in a political sense, only in an economic sense. But then I never thought about classifying economic systems with political parties mainly because I have some respect for economic systems like free market Capitalism in a moral society. Left wing, right wing, moderate or any other label does not matter if the individual does not even know what it truly represents. A moderate is someone too apathetic to take a stand based on knowledge and values.

So what label represents you? What political party represents you? Maybe we should be asking different questions of ourselves instead of expecting results from ideologies and parties that have failed.  Here is a portion of the interview that was left out of the article:

Further, it should be clear that I do not endorse the filthy slogan, “The end justifies the means.”  That was originated by the Jesuits, and accepted enthusiastically by Communists and Nazis.  The end does not justify the means; you cannot achieve anything good by evil means.

We should never consider let alone compromise,  good with evil. Once we accept that premise, we have to accept the political situation in Washington, D.C. and Raleigh, North Carolina.

Ayn Rand Was NOT a Libertarian

Many people assume that Ayn Rand was a champion of libertarian thought.

But Rand herself pilloried libertarians, condemning libertarianism as being a greater threat to freedom and capitalism than both modern liberalism and conservativism.  For example, Rand said:

All kinds of people today call themselves “libertarians,” especially something calling itself the New Right, which consists of hippies, except that they’re anarchists instead of collectivists. But of course, anarchists are collectivists. Capitalism is the one system that requires absolute objective law, yet they want to combine capitalism and anarchism. That is worse than anything the New Left has proposed. It’s a mockery of philosophy and ideology. They sling slogans and try to ride on two bandwagons. They want to be hippies, but don’t want to preach collectivism, because those jobs are already taken. But anarchism is a logical outgrowth of the anti-intellectual side of collectivism. I could deal with a Marxist with a greater chance of reaching some kind of understanding, and with much greater respect. The anarchist is the scum of the intellectual world of the left, which has given them up. So the right picks up another leftist discard. That’s the Libertarian movement.

I’d rather vote for Bob Hope, the Marx Brothers, or Jerry Lewis [than a candidate from the Libertarian Party].

[The Libertarian Party is] a cheap attempt at publicity, which Libertarians won’t get. Today’s events, particularly Watergate, should teach anyone with amateur political notions that they cannot rush into politics in order to get publicity. The issue is so serious today, that to form a new party based in part on half-baked ideas, and in part on borrowed ideas—I won’t say from whom—is irresponsible, and in today’s context, nearly immoral.

[Libertarians] are not defenders of capitalism. They’re a group of publicity seekers who rush into politics prematurely, because they allegedly want to educate people through a political campaign, which can’t be done. Further, their leadership consists of men of every of persuasion, from religious conservatives to anarchists. Moreover, most of them are my enemies: they spend their time denouncing me, while plagiarizing my ideas. Now, I think it’s a bad beginning for an allegedly pro-capitalist party to start by stealing ideas.

This entry was posted in Editorial and tagged Ayn Rand. Bookmark the permalink.