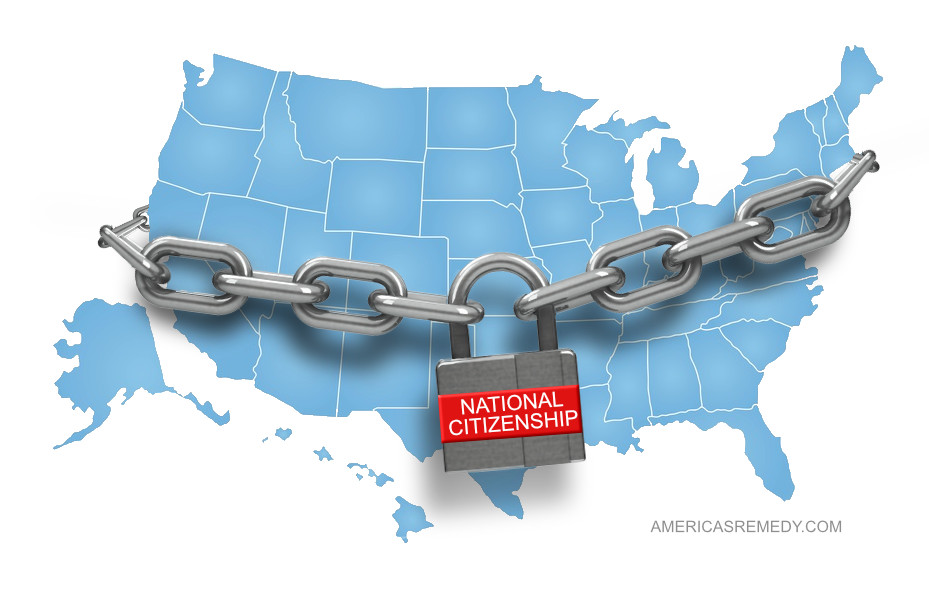 It’s good news that state rights are finally being discussed — and even secession, though that’s not what we advocate. We have to consider that while some form of “divorce” is perhaps desired, secession may truly be impossible as long as a national citizenship loyalty remains supported by the people. The “political bands” are held firmly in place, and the alleged states remain restricted, by the people, through their own loyalty to a national and quite equalizing protection. Every state is now the same/equal, by way of allegiance to being United States citizens under the Fourteenth Amendment.

When James G. Blaine commented on what the Fourteenth Amendment following Reconstruction was intended to do (and not simply how it has been “interpreted” by courts today, as many seem intent on expressing), he was quite clear that it was intended, from the beginning, to rid us of “that pestilent heresy” of state rights:

“As the vicious theory of State-rights had been constantly at enmity with the true spirit of Nationality, the Organic Law of the Republic should be so amended that no standing-room for the heresy [of State-rights] would be left.” (James Gillespie Blaine, Twenty Years In Congress: from Lincoln to Garfield, Vol 2, Henry Bill Publishing Company, 1884, 30)

Divorce in the way of secession isn’t an option, because the “husband and wife” this article speaks of have agreed openly and publicly, perhaps unknowingly so, that they no longer have the legal right to separate. Not only that, but they are no longer separate entities in a union.

This entry was posted in Americas Remedy, Editorial. Bookmark the permalink.