WIDENING JPMORGAN CIO LOSS COULD BE NEXT ‘SHOCK’ EVENT 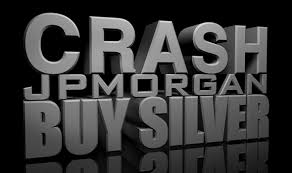 The market seems to have completely forgotten the fact that JPM’s massive CIO positions have yet to be closed.  Unfortunately for Mr. Dimon, at least $90 billion in potential losses remain, and the strategy of slowing unwinding the positions will blow up in The Morgue’s face and exponentially exacerbate JPM’s losses with any further downturn in the economy.

The JP Morgan (JPM) trading blunder could result in a $100 billion loss, a contagion of its massive portfolio, and even the wipeout of its entire asset base. Even worse, these extremely risky and potentially-illegal actions on behalf of the CIO office and the “London Whale” could be the unexpected “shock” that breaks the market, derails the Fed’s huge monetary stimulus, and sends us back into a global recession.

There is one event that may ultimately solve the mystery of the global economy. This event would not only plunge the economy back into a deep recession and lose investors hundreds of billions of dollars, but it could bring about the collapse of some of the world’s largest financial institutions and even render central bank stimulus and QE completely ineffective and futile. This event is by no means a guarantee; its probability is even likely under 5 percent. But this event has all the necessary ingredients to culminate into a major panic. Together with slowing global economies and an extremely unstable financial system, this could be the next Lehman Brothers.

This event is JP Morgan’s huge trading mistake. The massive losses that were racked up starting in April and May 2012 are by no means over. What has been represented by JP Morgan as a trading mistake and “hedging” strategy with an initial estimated loss of $2 billion, was really a leveraged and speculative bet that could soon infect JP Morgan’s entire portfolio and result in losses of $100 billion.

JP Morgan Loss Could Be Next ‘Shock’ Event