” … It can be hard to remember sometimes while swimming in the media bubble that depicts the Republican Party as some offshoot of the John Birch Society, the KKK and the Confederacy, that it’s the exact opposite. All of the organizations mentioned got their start opposing the Republican Party. The Republican Party might have been considered radical before the Civil War, but by the time it was over, it had become the ultimate big government party. It was the oversized elephant tying together big government and big industry.

” … The Elephant was socially liberal and fiscally conservative. It believed in growth and modernity. It championed national power over regional power. It was concerned about social problems and looking for ways to bind the country together around a shared set of values that could be exported around the world. If you want to understand what it was like, find a top big city Republican donor and talk to him about the issues. You’ll get a faint echo of the party from back then.

” … The GOP is still basically the same party that it was after the Civil War. It believes that big government can make the country work, that centralizing everything will make the country more modern and that anything that contributes to growth must be good. And it’s stuck with a base of Jacksonian Democrats who are highly suspicious of centralized power, value their independence and don’t think that anyone should tell them what to do. Meanwhile the Republican Party’s donors come from a more traditional Republican brand of politics.

” … The elephant is out of touch with the enemy and out of touch with its own base. It’s out of touch with America and the world. It dwells in a comfortable bubble where nation building still works, amnesty solves problems and a few good attack ads can swing any election. It doesn’t understand the issues on foreign policy and it can’t connect with domestic issues anymore. That bubble is Washington D.C. 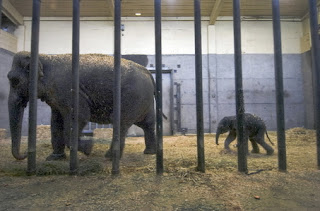 ” … But the real tragedy is the Republican base, the working Americans misrepresented by a party that dislikes them almost as much as it needs them.

” … The Republican Party, like the Democratic Party, never amounted to very much. It ceased being radical shortly after it came into being and instead became a government party. It’s the wasted energy and votes of its base who might have been able to make a difference that it has siphoned off in multiple elections. The voters who might have been able to save America instead wasted their votes and energies on the likes of Marco Rubio and Paul Ryan, who for all their youthful cred, preach the discredited politics of another era, while scrambling to connect with voters facing the fallout of their policies.”

I advise Greenfield to get his information about the John Birch Society from sources other than the Left and the Main Stream Media. They’re constitutionalists. They’re not in any way racist or anti-Semitic. Indeed, they’re better conservatives than any Establishment Republican.

I believe you just underscored the point that Greenfield made.

The Republican Party is not derived from the John Birch Society … nor is it derived from the other organizations mentioned in the excerpt above. That is the story concocted by the lame-street media and the progressive-left.

Greenfield acknowledges the Republican party was never a ‘constitutional’ party in support of a limited federal government. That was the position of the Jacksonian Democrats and the southern seperatists prior to the War of Northern Aggression.

The schizophrenia of which Greenfield speaks is the cognitive dissonance resulting from attempts to concurrently hold conflicting philosophic beliefs: social liberalism and fiscal conservatism.

The Republican party is as much a club of progressive-statists as are the Democrats.

Attributed to Albert Jay Nock: “You could not get a sheet of cigarette-paper between the official positions of the two parties.”