This Is the Right to Free Speech in a True Democracy 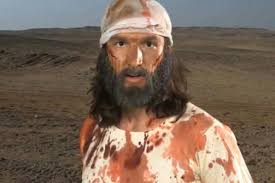 Our forefathers understood that Democracy was mob rule. Here is another example of Democracy in action previously supported by president Obama. The people involved in the production of a film depicting Mohammed in a negative light have been sentenced to death in absentia by an Egyptian court. Of course that would never happen in the United States. Here, the dictatorial regime used the movie’s trailer as part of a cover-up of the death of our US ambassador in Benghazi. Here, the director was put in prison for a year after being arrested without access until the “election” was over.

(Reuters) – A Cairo court on Wednesday sentenced to death seven Egyptian Christians tried in absentia for participating in an anti-Islam video that was released on the Internet in September and had prompted violent protests in many Muslim countries.

“The seven accused persons were convicted of insulting the Islamic religion through participating in producing and offering a movie that insults Islam and its prophet,” Judge Saif al-Nasr Soliman said.

The crude, low-budget video, produced privately in California, denigrated the Prophet Mohammad and triggered anti-U.S. protests and attacks on Western embassies around the Muslim world.

This entry was posted in Religion. Bookmark the permalink.