Your Reading Assignment for Today …

Secession is surrender and suicide 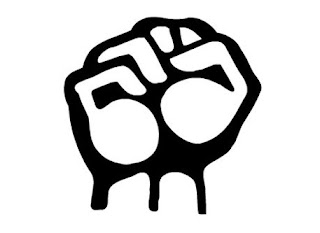 They will never leave you alone.  Your existence, even in some new, smaller State in some region of CONUS, is too much of a threat to their goals to allow you to live and breed, and  your new oasis will be destroyed if you ever achieve it.

Secession or Balkanization is as effective a defense as going fetal in a mosh pit.  You lose your greatest assets.  If you have cancer and “cure” it by lopping off both of your arms, you’ll die when you get into your next fistfight.

If you want Liberty, the answer is not to contract, but to expand with energy.  Push those who do not want you to have Liberty from our midst.  Evict them.  Convince them to leave or make them leave.

We do not have the power to go toe-to-toe with 200 million (and more) Americans who do not want Liberty, and who will call on our foreign enemies for support if they start to get rolled back.

So how does a much smaller force (FreeFor) defeat an exponentially larger force (OpFor)?

You do not fight their strength – you fight where they are weakest.

They are not brave Souls.

What happened in Alabama recently when they passed their anti-immigration legislation?  Do you remember that the schools were suddenly void of illegal kids and their families began an exodus from the state?

What would it take to start a stampede of the Enemies of Liberty out of our country, voluntarily?

How about a few dozen Article III Section III trials across the land?

Oh, the Government will never prosecute?

Who, my fellow travellers, are truly the Government in this republic?  It is you and me, We the People.

I have said it at least 100 times in my writings: The blueprint for victory has already been written and tested.  The Sons of Liberty and the original III demonstrated how to win this fight.

We need at least 200,000,000 million of our neighbors, who are NOT good Americans who cherish Liberty, to voluntarily leave or at least to STFU and stop attacking your Liberties.  They’ll love Europe, since they pine for Socialism.  How do we encourage them to buy their own tickets?

Please, I implore you, start thinking to win. One does not win a war by playing defense in every battle. Had our Founders and original III taken our posture of today, we’d all still bend knee to the King.

It doesn’t take much effort to get a herd of cowards moving in panic, away from the threat.

Treason is a serious threat…