15 Quotes From Our Founding Fathers About Economics, Capitalism And Banking 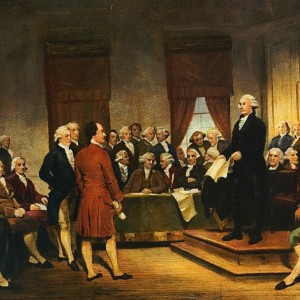 Why have we turned our backs on the principles that this nation was founded upon?  Many of those that founded this nation bled and died so that we could experience “life, liberty and the pursuit of happiness”.  And yet we have tossed their ideals aside as if they were so much rubbish.  Our founders had experienced the tyranny of big government (the monarchy) and the tyranny of the big banks and feudal lords, and they wanted something very different for the citizens of the new republic that they were forming.  They wanted a country where private property was respected and hard work was rewarded.  They wanted a country where the individual was empowered, and where everyone could own land and start businesses.  They wanted a country where there were severe restrictions on all large collections of power (government, banks and corporations all included).  They wanted a country where freedom and liberty were maximized and where ordinary people had the power to pursue their dreams and build better lives for their families.  And you know what?  While no system is ever perfect, the experiment that our founders originally set up worked beyond their wildest dreams.  But now we are killing it.  Why in the world would we want to do that?

Well, today approximately 70 percent of all federal government activity involves taking money from some Americans and giving it to other Americans.

What we are doing right now is clearly not working.

So why don’t we go back and do the things that we were doing when we were extremely successful as a nation?

In case you don’t know what those things were, here are some clues…

#1 “A wise and frugal government… shall restrain men from injuring one another, shall leave them otherwise free to regulate their own pursuits of industry and improvement, and shall not take from the mouth of labor the bread it has earned. This is the sum of good government.” — Thomas Jefferson, First Inaugural Address, March 4, 1801

#2 “A people… who are possessed of the spirit of commerce, who see and who will pursue their advantages may achieve almost anything.” – George Washington

#3 “Government is instituted to protect property of every sort; as well that which lies in the various rights of individuals, as that which the term particularly expresses. This being the end of government, that alone is a just government which impartially secures to every man whatever is his own.” – James Madison, Essay on Property, 1792

#4 “Banks have done more injury to the religion, morality, tranquility, prosperity, and even wealth of the nation than they can have done or ever will do good.” – John Adams

#5 “To take from one, because it is thought his own industry and that of his fathers has acquired too much, in order to spare to others, who, or whose fathers, have not exercised equal industry and skill, is to violate arbitrarily the first principle of association, the guarantee to everyone the free exercise of his industry and the fruits acquired by it.” — Thomas Jefferson, letter to Joseph Milligan, April 6, 1816

Fractional Reserve Banking ensures that there is sufficient capital availabe for government to expand without limit. Therefore, as government expands the banks expand and the taxpayer is forced to insure the sustainability of this enterprise. Just another form of fuedalism.