21 Ways To End The Phrase ‘Americans Are So Broke…’ 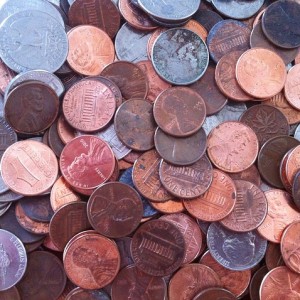 Did you know that 77 million Americans have unpaid debts that are “in collections” and that Congress is actually thinking about letting post offices offer payday loans?  We live in a country where almost everyone is drowning in debt and where most people are either flat broke or very close to flat broke.  Years ago, “your Mama is so broke” jokes were all the rage, and at the rate we are going they could make a big comeback.  Some of my favorites were “your Mama is so broke she went to McDonald’s and put a milkshake on layaway” and “your Mama is so broke your family ate cereal with a fork to save milk”.  Unfortunately, the facts that I am about to share with you are not funny at all.  In fact, they are quite sobering.  Yes, things are going fairly well for the elitists that live in the good areas of New York City, Washington D.C. and San Francisco right now, but most of the country is deeply struggling as our economic fundamentals continue to crumble.  Please share these numbers with as many people as you can, because we need people to understand that there has not been an “economic recovery” for most of America.  In fact, in many ways things just continue to get even worse.  The following are 21 ways to end the phrase “Americans are so broke”…

1. Americans are so broke that about a third of them have debt collectors on their heels.  One recent study discovered that more than one out of every three adults in the United States has an unpaid debt that is “in collections“.  That is a total of 77 million people.  In other words, the debt collection business in America is absolutely booming.

3. Americans are so broke that they are keeping their vehicles longer than ever.  The average age of vehicles on America’s roads recently set a new all-time high of 11.4 years.

4. Americans are so broke that car dealers are having to go to extreme lengths to get new customers.  Last year, one out of every four auto loans in the United States was made to someone with subprime credit.

5. Americans are so broke that 52 percent of them cannot even afford the homes that they are living in right now.