Let’s consider reality since some people continue to live in a world of fantasy. Here is a picture of Keith Pantaleon: 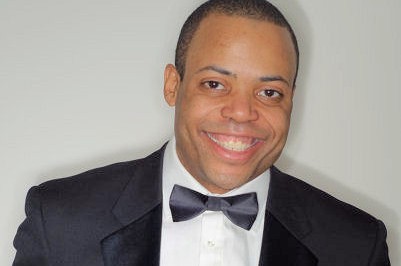 Keith is currently in jail on $75,000 bail in New Jersey for owning an Ar-15 with two attachment points and three thirty round magazines.

On Thursday January 25th around 10:30 pm, Keith Pantaleon was in his apartment when he heard a noise outside of his bedroom door. The 2nd time he heard it he opened the door and found someone standing in his living room. Not knowing what was going on he did have his notebook in his hand which contained his weapon that he has in his home for protection. When he looked towards his front door he saw that it was opened and the landlord was outside the door with a police officer. When the man in the living room turned around he saw that he was also an officer so he threw his notebook containing the weapon on the bed. The officer asked what it was he threw on the bed and barged into the bedroom. When he discovered it was a weapon he arrested Keith right inside of his home.

The commissioners in Franklin County, NC are playing politics with our 2nd amendment rights. Who will win? “Does it really matter” since we all know who will lose. Well at least the sentient among us know what is coming based on history and current events. The low information voter is alive and well in Franklin County, NC.

I know the gentleman in the video above thinks he is being a good citizen when he characterizes President Obama’s executive orders as “reasonable” and those who oppose those actions need to “chill.” I can appreciate his comments. But the problem here is not whether President Obama’s orders are reasonable or not. Obama is not the epitome of a tyrannical leader. His appointees do not wear a symbol of tyranny, the jackboot, or participate in book burnings or attend really scary pep rallies. We think we know from these symbols of the last century what tyranny looks like. The problem with those particular examples is that they are not the exclusive way in which tyranny can come to power and maintain itself. People like the above gentleman think tyranny is very obvious and identifiable when it rears its head. But that is living in a fantasy land. These examples don’t warn of impending tyranny; just a particular type of tyranny.

Hitler did not muscle his way into the leadership of the German people. He was invited in with votes. He first came as their savior, giving them hope and promising change in their conditions.
What can be found in the worldview exhibited above is the first ingredient that is absolutely necessary for tyranny to gain a foothold. That is the willingness for citizens to acquiesce. I’m sure there were many citizens in Germany during the 1930’s who told their fellow citizens the same thing. “Chill, it is all entirely reasonable what our government is doing.” (This is really ironic because it is the people on the left who just love to call all who disagree with them, Hitler or Nazis.)

That is why the argument that the Second Amendment is there to oppose a tyrannical government does nothing to persuade people like this speaker. What we really need to do is to understand the true nature of tyranny and not confuse the trappings and methods of a particular type of tyranny as the only manner in which it occurs. The only real and effective defense against tyranny is not to acquiesce to it in the beginning. When it presents itself to us as “reasonable” and in our “best interests” and “good for the country,” when we are told we must allow our rights to be infringed for some greater cause, such as “the life of just one child.” We must realize that the only time the Second Amendment is really truly necessary is when we have failed in our duty to not stand idly by while our rights are first infringed upon. To not protest when we are told that we don’t need our Second Amendment rights to defend our freedom, lives, families and property is a losing strategy.