5 U.S. Banks Each Have More Than 40 Trillion Dollars In Exposure To Derivatives 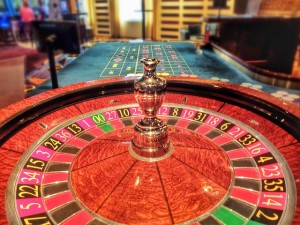 When is the U.S. banking system going to crash?  I can sum it up in three words.  Watch the derivatives.  It used to be only four, but now there are five “too big to fail” banks in the United States that each have more than 40trillion dollars in exposure to derivatives.  Today, the U.S. national debt is sitting at a grand total of about 17.7 trillion dollars, so when we are talking about 40 trillion dollars we are talking about an amount of money that is almost unimaginable.  And unlike stocks and bonds, these derivatives do not represent “investments” in anything.  They can be incredibly complex, but essentially they are just paper wagers about what will happen in the future.  The truth is that derivatives trading is not too different from betting on baseball or football games.  Trading in derivatives is basically just a form of legalized gambling, and the “too big to fail” banks have transformed Wall Street into the largest casino in the history of the planet.  When this derivatives bubble bursts (and as surely as I am writing this it will), the pain that it will cause the global economy will be greater than words can describe.

If derivatives trading is so risky, then why do our big banks do it?

The answer to that question comes down to just one thing.