50 Signs That The U.S. Health Care System Is A Gigantic Money Making Scam That Is About To Collapse 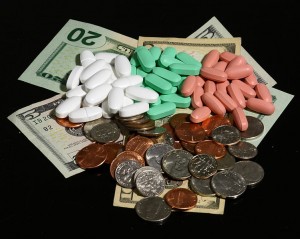 50 Signs That The U.S. Health Care System Is A Gigantic Money Making Scam That Is About To Collapse – Photo by Ragesoss

The U.S. health care system is a giant money making scam that is designed to drain as much money as possible out of all of us before we die.  In the United States today, the health care industry is completely dominated by government bureaucrats, health insurance companies and pharmaceutical corporations.  The pharmaceutical corporations spend billions of dollars to convince all of us to become dependent on their legal drugs, the health insurance companies make billions of dollars by providing as little health care as possible, and they both spend millions of dollars to make sure that our politicians in Washington D.C. keep the gravy train rolling.  Meanwhile, large numbers of doctors are going broke and patients are not getting the care that they need.  At this point, our health care system is a complete and total disaster.  Health care costs continue to go up rapidly, the level of care that we are receiving continues to go down, and every move that our politicians make just seems to make all of our health care problems even worse.  In America today, a single trip to the emergency room can easily cost you $100,000, and if you happen to get cancer you could end up with medical bills in excess of a million dollars.  Even if you do have health insurance, there are usually limits on your coverage, and the truth is that just a single major illness is often enough to push most American families into bankruptcy.  At the same time, hospital administrators, pharmaceutical corporations and health insurance company executives are absolutely swimming in huge mountains of cash.  Unfortunately, this gigantic money making scam has become so large that it threatens to collapse both the U.S. health care system and the entire U.S. economy.

The following are 50 signs that the U.S. health care system is a massive money making scam that is about to collapse…

#1 Medical bills have become so ridiculously large that virtually nobody can afford them.  Just check out the following short excerpt from a recent Time Magazine article.  One man in California that had been diagnosed with cancer ran up nearly a million dollars in hospital bills before he died…

By the time Steven D. died at his home in Northern California the following November, he had lived for an additional 11 months. And Alice had collected bills totaling $902,452. The family’s first bill — for $348,000 — which arrived when Steven got home from the Seton Medical Center in Daly City, Calif., was full of all the usual chargemaster profit grabs: $18 each for 88 diabetes-test strips that Amazon sells in boxes of 50 for $27.85; $24 each for 19 niacin pills that are sold in drugstores for about a nickel apiece. There were also four boxes of sterile gauze pads for $77 each. None of that was considered part of what was provided in return for Seton’s facility charge for the intensive-care unit for two days at $13,225 a day, 12 days in the critical unit at $7,315 a day and one day in a standard room (all of which totaled $120,116 over 15 days). There was also $20,886 for CT scans and $24,251 for lab work.

#4 If the U.S. health care system was a country, it would be the 6th largest economy on the entire planet.

#6 Why does it cost so much to stay in a hospital today?  It just does not make sense.  Just check out these numbers…

#7 Approximately 60 percent of all personal bankruptcies in the United States are related to medical bills.

#8 One study discovered that approximately 41 percent of all working age Americans either have medical bill problems or are currently paying off medical debt.

#9 The U.S. health care industry has spent more than 5 billion dollars on lobbying our politicians in Washington D.C. since 1998.

#10 According to the Association of American Medical Colleges, the U.S. is  currently experiencing a shortage of at least 13,000 doctors.  Unfortunately, that shortage is expected to grow to 130,000 doctors over the next 10 years.

This entry was posted in Editorial, Health Care and tagged Collapse, Health Care. Bookmark the permalink.