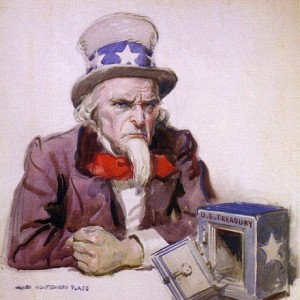 If you are like most Americans, paying taxes is one of your pet peeves.  The deadline to file your federal taxes is coming up, and this year Americans will spend more than 7 billion hours preparing their taxes and will hand over more than four trillion dollars to federal, state and local governments.  Americans will fork over nearly 30 percent of what they earn to pay their income taxes, but that is only a small part of the story.  As you will see below, there are dozens of other taxes that Americans pay every year.  Of course not everyone pays all of these taxes, but without a doubt we are all being taxed into oblivion.  It is like death by a thousand paper cuts.  Our politicians have become extremely creative in finding ways to extract money from all of us, and most Americans don’t even realize what is being done to them.  By the time it is all said and done, a significant portion of the population ends up paying more than half of what they earn to the government.  That is fundamentally wrong, but nothing will be done about it until people start demanding change.  The following is a list of 97 taxes Americans pay every year…