A New Type of Russian Bear Is Awakening The Russian economy is starting to be affected by fear: politically and economically. Putin has solidified his choke hold on Russia and is looking to extend his “influence” in the Middle East and Europe. Not a good combination for the people footing the bill as Americans have experienced for an extended period of time. Since Putin’s timetable is predicated on the US presidential elections, as Obama’s star is flaming out quickly, he must act in the near future. And this means war in the Middle East.

Since Switzerland has become a conduit for currency smuggling prior to the European collapse, we should also take our personal economic conditions into account now. A freeze on actually monetary assets (even fiat assets) would be catastrophic for the average American. It would be a good time to develop a contingency plan for cash and barterable assets.

I talked with a Swiss banker from Geneva today. The conversation went like this:

BK – Are you guys still seeing boatloads of money coming in from outside the country?

Geneva – Yes, the money is still coming. In the past two weeks the Swiss National Bank (SNB) was forced to intervene in support of the 1.20 peg. The amounts were big, over EUR 20 billion was purchased.

BK – What is going on at the borders? Is money still coming in by car?

Geneva – Yes. The border guards can’t search every car. The latest development is that the Border Guards are now searching some of the cars that are leaving Switzerland.

BK – Why would border guards stop cars that are leaving Switzerland? What are they looking for? 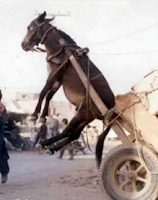 Geneva – Mules. Professionals who smuggle money. It is very easy for a Swiss to go to a bank and withdraw a large amount of paper money. The mules bring the cash over the border to French and Italians who want Swiss Francs. The Mules also bring Euros into Germany for those who have private accounts in Switzerland who want cash to spend.

BK – Is the paper money coming in and out of the country being done in large amounts?

Geneva – Yes this is big, but compared to the bank transfers that go on, or the amounts held in Euro Swiss (rolling FX positions) is much much larger.

BK – Where is the money coming from?

Geneva – From all over the globe, but not the USA. If an American comes in, we just show them the door.

BK – Where does the most money come from, France or Italy?

Geneva – In the past few weeks we have seen more inflows from Russians than any other country.

BK – Russians? That’s surprising. What do you attribute this to?

Geneva – It’s politics and economics together. People are afraid.