A Pretense of Security 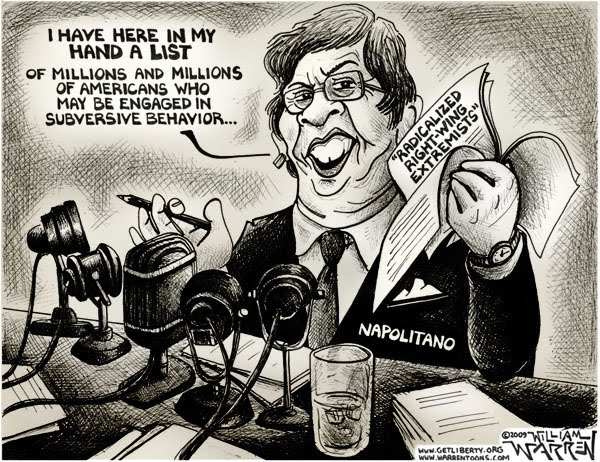 The Department of Homeland Security and Janet Napolitano do not represent the land of the free. The government’s desperate attempt to institute a police state is not going unnoticed. The passage of the NDAA and the pending HR 3166 are nothing more than a power grab to usurp power under a pretense of security.

The following “training exercise” may foreshadow what happens to a people who have traded liberty for security.

It may have looked like they were ready for war or some deranged person looking for his late Social Security benefits.

But it was only Federal Protective Service officers with the U.S. Department of Homeland Security who were conducting a random training operation early Tuesday morning when they surprisingly showed up at the Social Security Administration office in downtown Leesburg.

With their blue and white SUVs circled around the Main Street office, at least one official was posted on the door with a semiautomatic rifle, randomly checking identifications. And other officers, some with K-9s, sifted through the building.

“I thought someone was upset about not getting there check,” said Laura Kelly, who took a friend to the office on Tuesday.

According to one Homeland official in the Washington, D.C. office, Operation Shield. is an effort that uses routine, unannounced visits by FPS inspectors to test the effectiveness of contract guards, or protective security officers — “detecting the presence of unauthorized persons and potentially disruptive or dangerous activities.”