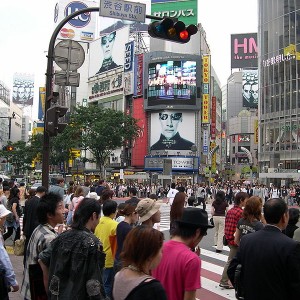 How much is 1,000,000,000,000,000 yen worth?  Well, a quadrillion yen is worth approximately 10.5 trillion dollars.  It is an amount of money that is larger than the “the economies of Germany, France and the U.K. combined“.  It is such an astounding amount of debt that it is hard to even get your mind around it.  The government debt to GDP ratio in Japan will reach247 percent this year, and the Japanese currently spend about 50 percent of all central government tax revenue on debt service.  Realistically, there are only two ways out of this overwhelming debt trap for the Japanese.  Either they default or they try to inflate the debt away.  At this point, the Japanese have chosen to try to inflate the debt away.  They have initiated the greatest quantitative easing experiment that a major industrialized nation has attempted since the days of the Weimar Republic.  Over the next two years, the Bank of Japan plans to zap 60 trillion yen into existence out of thin air and use it to buy government bonds.  By the time this program is over, the monetary base in Japan will have approximately doubled.  But authorities in Japan are desperate.  They know that the Japanese debt bomb could set off global panic at any time, and they are trying to find a way out that will not cause too much pain.

Unfortunately, the only way that this bizarre quantitative easing program will work is if investors in Japanese bonds act very, very irrationally.  You see, the only way that Japan has been able to pile up this much debt in the first place is because they have been able to borrow gigantic piles of money at super low interest rates.

Right now, the yield on 10 year Japanese bonds is sitting at an absurdly low 0.76%.  But even with such ridiculously low interest rates, the central government of Japan is still spending about half of all tax revenue on debt service.

If interest rates go up, the game is over.

No wonder Obama said we need to be more like China with infrastructure building and spending? Oh yes -- they have serious financial issues and have had since day one . . they have 500 or 600 million that want to live in cities that are vacant and they want jobs out of agribusiness small farms to have some food. . . the rest is taken to the factory job people. The Asians have serious problems as they are a manufacturing economy without natural resources [Japan] or enough low priced labor [China and Japan] Both have serious populations demographic issues Japan to many old people -- China to many without jobs and losing factories to Lesser Asia.