Afghan president fumes at prisoner deal made behind his back 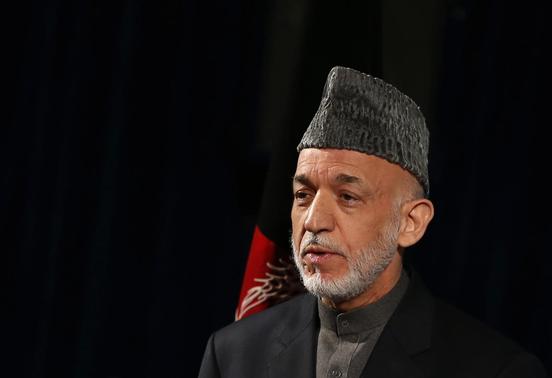 The Afghan president is angry at being kept in the dark over a deal to free five Taliban leaders in exchange for a captured U.S. soldier, and accuses Washington of failing to back a peace plan for the war-torn country, a senior source said on Monday.

The five prisoners were flown to Qatar on Sunday as part of a secret agreement to release Army Sergeant Bowe Bergdahl, who left Afghanistan for Germany on the same day.

The only known U.S. prisoner of war in Afghanistan, Bergdahl had been held captive for five years.

BS, Bergdahl hasn’t been “held captive” for five years. He deserted his team and went to aid the Haqqani group. I guess Kharzai is mad. He knows that group will be coming for his head as soon as we draw our troops out. Bergdahl deserves nothing less than a trail under the UCMJ for desertion during time of war and aiding the enemy.