America Sues Bank of America – No Honor Among Thieves 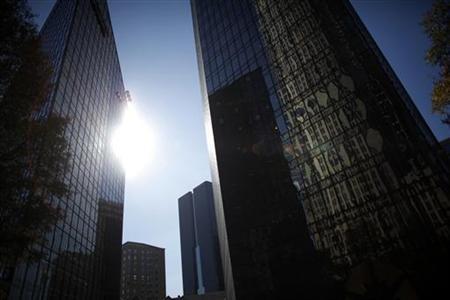 The United States filed a civil mortgage fraud lawsuit against Bank of America Corp, accusing it of selling thousands of toxic home loans to Fannie Mae and Freddie Mac that went into default and caused more than $1 billion of losses.

It also compounds the problems that the Bank of America, second-largest U.S. bank, has faced since its disastrous 2008 purchase of Countrywide Financial Corp, once the nation’s largest mortgage lender.

According to a complaint filed in Manhattan federal court, Countrywide in 2007 invented a scheme known as the “Hustle” designed to speed up processing of residential home loans.

This entry was posted in Editorial, Financial and tagged Bank of America. Bookmark the permalink.