And So The End Has Begun 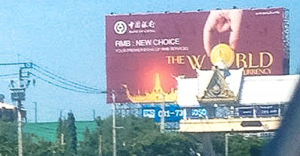 What will it take to confirm the demise of our country and relegate its glory days to history? Or I should say, what factors and or events because I do not believe any one thing can destroy the Great Experiment. Not to be facetious, but look at how resilient this nation has been after six years of a pResident whose mission is to destroy our culture, heritage and wealth. But this cannot go on forever.

Our lack of morality, greed and arrogance will be contributing factors. As are our lack of Sacred honor and courage, at least on a national level. Our apathy also is one of the main contributing factors since this has emboldened domestic enemies to expedite their ambitions far beyond even their own aspirations.

But there are two main factors that have destroyed our Republic:

1. The rule of man has replaced the rule of law. This is not even debatable as the federal government has made the Constitution not only irrelevant, people who support it are called domestic terrorists. Executive orders, regulatory dictates and policy rule our land.

2. The collapse of our economy. This also is not debatable as the stock market is manipulated on a daily basis the Federal Reserve and too big to fail banks. Our only economic support has been the dollar’s status as the world’s reserve currency. That is now gone as China has made the renminbi the new world’s reserve currency as of today. This is one case where perception becoming reality will become the undoing of not only our country but also its (and your) accumulated wealth.

How long will it take for our economy to collapse into the Greater Depression? All you have to do is watch the price of oil, the good of food and the scarcity of ammunition.

China Has Announced Plans For A ‘World Currency’

The Chinese do not plan to live in a world dominated by the U.S. dollar for much longer.  Chinese leaders have been calling for the U.S. dollar to be replaced as the primary global reserve currency for a long time, but up until now they have never been very specific about what they would put in place of it.  Many have assumed that the Chinese simply wanted some new international currency to be created.  But what if that is not what the Chinese had in mind?  What if they have always wanted their own currency to become the single most dominant currency on the entire planet?  What you are about to see is rather startling, but it shouldn’t be a surprise.  When it comes to economics and finance, the Chinese have always been playing chess while the western world has been playing checkers.  Sadly, we have gotten to the point where checkmate is on the horizon.

On Wednesday, I came across an excellent article by Simon Black.  What he had to say in that article just about floored me…