As American as Apple Pie the Muslim Brotherhood 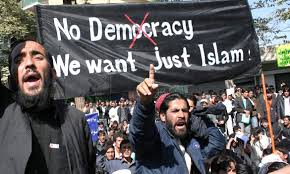 Egyptian President Mohammed Morsi’s (or Mursi’s) children were born in the United States, and are therefore American citizens. Now an Egyptian lawyer has filed suit to have their dual citizenship revoked. As he says, “The Muslim Brotherhood is publicly known to be against America, Zionism and Israel. Is it possible for the president’s children to be American citizens? America the main supporter of Zionism!”

Will the kids have to give up their coveted U.S. passports? It will be interesting to see how this one pans out.

According to Al Arabiya:

An Egyptian court Thursday decided to postpone a case seeking to strip President Mohammed Mursi’s son and daughter of their U.S. citizenship.