Barclays Fined For Manipulating Price Of Gold For A Decade 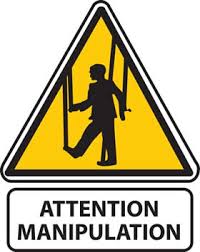 It was almost inevitable: a week after we wrote “From Rothschild To Koch Industries: Meet The People Who “Fix” The Price Of Gold” and days after “Barclays’ Head Of Gold Trading, And Gold “Fixer”, Is Leaving The Bank“, earlier today the UK Financial Conduct Authority finally formalized what most in the “tin-foil” hat community had known for years, when it announced that it fined Barclays £26 million for manipulating “the setting of the price of gold in order to avoid paying out on a client order.” Furthermore, the FCA confirmed that those inexplicable gold raids which come as if out of nowhere, and slam gold with a vicious force so strong sometime they halt the entire market, had a very specific source: Barclays whose trader “Daniel James Plunkett, sent out a burst of orders aimed at moving the price of the yellow metal.”

This took place for a decade. As the FT reports:

The FCA said Barclays had failed to “adequately manage conflicts of interest between itself and its customers as well as systems and controls failings, in relation to the gold fixing” between 2004 and 2013.

Some further details on Plunkett’s preferred means of manipulating the gold price:

This entry was posted in Editorial, Financial and tagged Barclays. Bookmark the permalink.