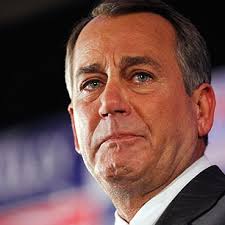 The Affordable Health Care Act is illegal. You know it. I know it. Every politician and judge knows it. John Boehner has now given up on repealing this legislation and said it is now the “law of the land”. He may be right: we are a nation without the rule of law. When tyrants are in charge, the “law of the land” is whatever they decide it will be whether it is for personal gain or the enslavement of the people. In this case, Obamacare is both.

What are our options?

1. Nullification at the state level. In North Carolina, our Republican leadership will not even consider this option. Paul “Skip” Stam is just one more politician with delusions of grandeur who has sold out the people for personal power.

2. Civil disobedience. This is anticipated by the government as they have increased both the number of IRS agents and their inexhaustible supply of hollow point rounds to ensure that the people obey this “law”.

3, Take over the Republican Party. I think it is time that we finally understand Albert Einstein’s definition of insanity:

Doing the same thing over and over again and expecting different results.

4. Leave the United States for a free country.

Which of the above options would everyone of our founding fathers choose? Hint:

When in the Course of human events, it becomes necessary for one people to dissolve the political bands which have connected them with another, and to assume among the powers of the earth, the separate and equal station to which the Laws of Nature and of Nature’s God entitle them, a decent respect to the opinions of mankind requires that they should declare the causes which impel them to the separation.

We need leaders who will stand up, not capitulate and start crying. John Boehner represents the leadership of the House of Representatives which is the only branch of government currently not under the complete control of the administration. Why would anyone associate themselves with a political party dominated by cowards who have abandoned the Constitution, their oath of office and the people?

Boehner: ‘Obamacare is the law of the land’

Republicans’ efforts to undo President Barack Obama’s health care reform law appear to have come to an end, as House Speaker John Boehner described it Thursday as the “law of the land.”

In an interview with ABC News, the nation’s top elected Republican seemed to indicate that Congress wouldn’t engage in the type of repeated repeal votes the way it had in the past two years. Boehner’s office provided a transcript of the exchange:

A couple of other questions about the agenda now.  You have said next year that you would repeal the healthcare vote.  That’s still your mission?

Well, I think the election changes that.  It’s pretty clear that the president was reelected, Obamacare is the law of the land.  I think there are parts of the healthcare law that are gonna be very difficult to implement.  And very expensive.  And as the time when we’re tryin’ to find a way to create a path toward a balanced budget everything has to be on the table.