Cerberus to sell gunmaker after massacre 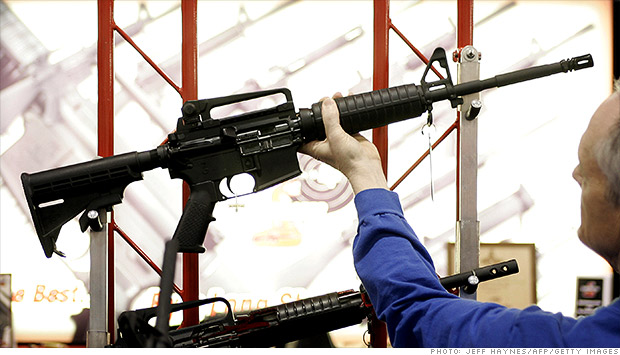 Freedom Group includes Bushmaster, maker of the rifle used in the shooting at the school in Newtown. Cerberus bought Bushmaster in 2006 before adding another 10 makers of firearms, ammunition and accessories to the group.

“It is apparent that the Sandy Hook tragedy was a watershed event that has raised the national debate on gun control to an unprecedented level,” Cerberus Capital Management said in a statement.

Cerberus will hire advisers to carry out a sale of the company, and return the money to its investors, which include the California State Teachers’ Retirement System (CalSTRS).

The investment firm said it was not seeking to influence the debate on gun control but had decided to sell Freedom Group to protect the interests of its clients, which also include the pension plans of other municipal workers, endowments, institutions and individuals.

This event seems to have been the tipping point for more control. Many people calling themselves conservatives, right-wingers, etc. are caving to the anti-gun people stating that we “don’t really need or have a purpose” for semiautomatic weapons, meaning rifles. But automatic pistols are also semi-automatics so does that mean they are okay with banning those as well? I don’t know. But I do know we are in for much stiffer gun control, not necessarily from Congress but at least by EO. But in the long run it is all moot anyway IMHO.

Self righteous hypocrites. If you don’t want that label, then give back your profits made from the acquisition.