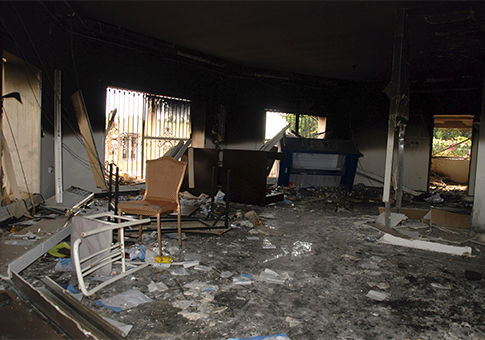 State Department officials have been accused of waging an intimidation campaign against witnesses preparing to testify at a congressional hearing on the Benghazi attack, in potential violation of whistle-blower protection statutes.

At least three State Department employees and one CIA employee have faced pressure as they prepare to testify at upcoming hearings on the Obama administration’s response to the Benghazi attack before the House Oversight and Government Reform Committee, according to an attorney for one of the witnesses.

Federal law prohibits any effort to obstruct or intimidate witnesses in a congressional hearing.