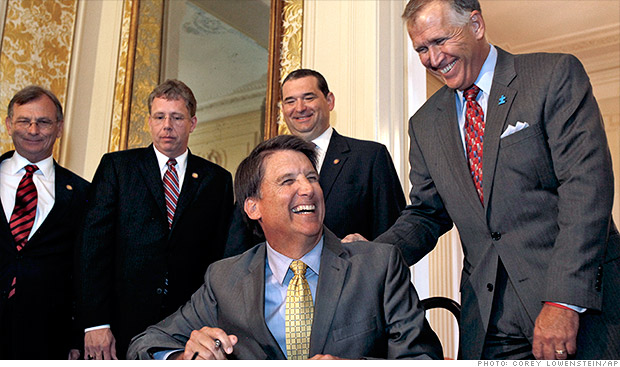 Tax reform is still all talk, talk, talk in Washington. And many expect real action could take years.

But not in North Carolina. The state has taken a very big first step in overhauling its tax code — enacting its first major reform in 80 years.

The change, signed into law last month, creates a modified flat tax system, with a single income tax rate, an increased standard deduction and fewer tax breaks, as well as the elimination of the personal exemption and a $50,000 deduction for small business owners. It also repeals the state’s estate tax.