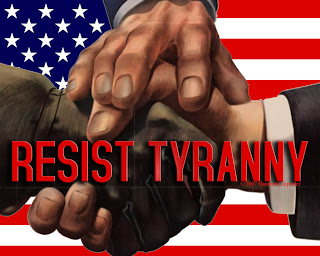 A bill barring domestic abusers from having access to guns won initial approval in the Colorado Senate on Friday despite arguments the bill was unworkable and wouldn’t help victims.
…

The Senate still must take a recorded vote on the bill, something expected to happen Monday. If it passes, the bill then heads to the House.

This is one of seven bills that are being discussed in Colorado this weekend:

House Bill 1226:Outlaws use of concealed-weapon permits on college campuses

House Bill 1228:Requires gun customers to pay the costs of their background checks

We need to understand that what is happening in Colorado will impact North Carolina and the rest of the nation. Colorado is the Obama front for national gun control legislation. For a government that is so concerned with eliminating firearms and ammunition through regulation and legislation, we must ask ourselves why the federal government is stockpiling ammunition and militarizing our police.

A BILL FOR AN ACT
CONCERNING PREVENTING PERSONS WHO HAVE COMMITTED
DOMESTIC VIOLENCE FROM POSSESSING FIREARMS.

To satisfy the requirement, the person may:

! Sell or transfer possession of the firearm or ammunition to a federally licensed firearms dealer;

! Arrange for the storage of the firearm or ammunition by a law enforcement agency; or

If a person sells or otherwise transfers a firearm or ammunition to a private party, the person shall acquire:

! From the licensed gun dealer who requests from the Colorado bureau of investigation a background check of the transferee, a written statement of the results of the background check.

If a local law enforcement agency elects to store firearms or ammunition for a person:

! The agency may charge a fee for such storage, the amount of which shall not exceed the direct and indirect costs incurred by the agency in providing such storage; and

! The agency may establish policies for disposal of abandoned or stolen firearms or ammunition.

Link to the complete PDF