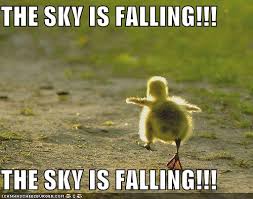 Another Doom and Gloom story or a statistical probability? Speculation concerning “the end of the world as we know it” is rampant. Sentient people look at economic and geopolitical data to make their conclusions.  Dr. Jim Willie presents a very real possibility below; but it is still speculation.

The Federal Reserve has sent $100 billion US to European banks just last week. Obviously their banks and central banks are in trouble. As are our banks. Waiting is hard. Listening to people cry wolf makes it harder. Not because you don’t believe their warnings but because “the powers that be” have managed to stave off the collapse as they fill their personal treasuries and armories.

I prefer to be a watchman on the wall.

JIM WILLIE: THE COLLAPSE IS AT OUR DOORSTEP!

Willie states that a global financial collapse is now at our doorstep, and that the endgame will be triggered by a small-medium sized bank failure in Europe.

Willie informs SD readers that the coming European bust will ignite a global Gold rush as the only remaining safe haven, will see an end to the reserve status of the US dollar, and will result in the arrival of the Gold Trade Finance platforms.

Willie also discusses The Fed’s futile attempts to re-inflate the housing bubble, and the series of climax events that will bring a breath-taking global financial collapse to our doorstep!

This entry was posted in Editorial, Safety and Preparedness. Bookmark the permalink.