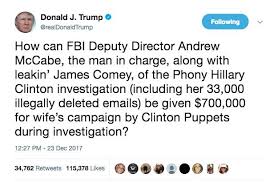 After more than one year, the truth about the corruption in the Department of Justice and the FBI can no longer be suppressed. Sara Carter’s report on Hannity last March was widely ignored and the media covered it up. In fact, as part of this coverup, the DOJ formed a special counsel to investigate false claims against President Trump as a smoke screen.

The Inspector General’s report detailing their internal findings was supposed to be released in March. I suspect that it will be released shortly (with heavy redactions) and it cannot be refuted since even CNN is reporting on this corruption. I can only pray that the whole truth will be exposed and that some semblance of justice be restored in this country. As for the traitors who sought to take over the government and imprison our children: 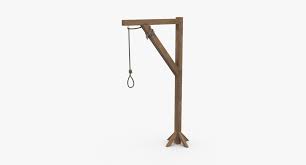 The internal FBI report that served as grounds for the firing of FBI Deputy Director Andrew McCabe includes key testimony from his former boss that shows a discrepancy with McCabe’s public statements, according to multiple sources familiar with the report.