Do Russians have more food freedom, independence than Americans? 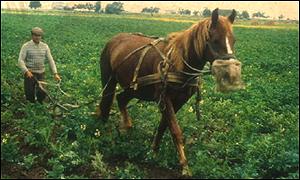 Imagine living in a country where having the freedom to cultivate your own land, tax-free and without government interference, is not only common but also encouraged for the purpose of promoting individual sovereignty and strong, healthy communities. Now imagine that in this same country, nearly all of your neighbors also cultivate their own land as part of a vast network of decentralized, self-sustaining, independent “eco-villages” that produce more than enough food to feed the entire country.

You might be thinking this sounds like some kind of utopian interpretation of historical America, but the country actually being described here is modern-day Russia. It turns out that Russia’s current agricultural model is one that thrives as a result of the millions of small-scale, family-owned and -operated, organically-cultivated farms that together produce the vast majority of the food consumed throughout the country.