Drone Use Takes Off on the Home Front 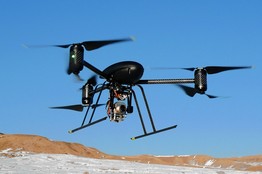 With little public attention, dozens of universities and law-enforcement agencies have been given approval by federal aviation regulators to use unmanned aircraft known as drones, according to documents obtained via Freedom of Information Act requests by an advocacy group.

The more than 50 institutions that received approvals to operate remotely piloted aircraft are more varied than many outsiders and privacy experts previously knew. They include not only agencies such as the Department of Homeland Security but also smaller ones such as the police departments in North Little Rock, Ark., and Ogden, Utah, as well the University of North Dakota and Nicholls State University in Louisiana.

The information, released by the Electronic Frontier Foundation, came to light as the Federal Aviation Administration gears up to advance the widespread use of the drones. By the fall of 2015, Congress wants the agency to integrate remotely piloted aircraft throughout U.S. airspace.

Although the documents don’t indicate how the aircraft will be used, the disclosures likely will fuel privacy concerns involving drones.

On Thursday, Democratic Rep. Edward Markey of Massachusetts and Republican Rep. Joe Barton of Texas asked the acting administrator of the FAA to answer questions about the privacy implications of increased drone use.

This entry was posted in Editorial and tagged Drones, NC Renegade. Bookmark the permalink.