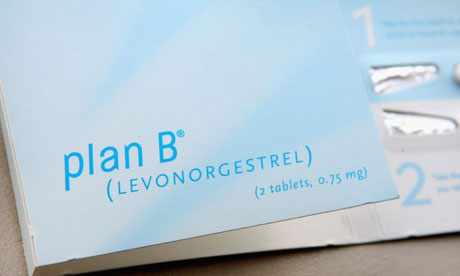 The Obama administration will stop trying to limit sales of emergency contraception pills, making the morning-after pill available to women of all ages without a prescription.

The US justice department said in a letter on Monday that it planned to comply with a court’s ruling to allow unrestricted sales of Plan B One-Step and that it would withdraw its appeal on the matter.

The move is the latest in a lengthy legal fight over the morning-after pill, which was until recently only available without a prescription to women 17 and older who presented proof of age at a pharmacist’s counter.

Plaintiffs in a federal lawsuit against the FDA said the limit unfairly kept women and girls from accessing the drug, which is most effective when taken within 72 hours of intercourse.

On 5 April US district Judge Edward Korman said the US Food and Drug Administration had been “arbitrary, capricious and unreasonable” in rejecting a citizen petition to make emergency contraception available over the counter to girls of all ages.

Korman ordered the FDA to make emergency contraception available without age and point-of-sale restrictions but said the agency could lift restrictions on only the one-pill version of the drug, Plan B One-Step, if the FDA believed there was a significant difference between that and the two-pill version.

This entry was posted in Editorial and tagged Obama, Plan B. Bookmark the permalink.