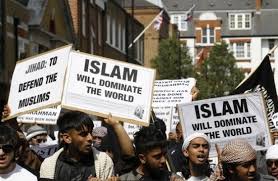 The Muslim Brotherhood and its supporters have began forcing the roughly 15,000 Christian Copts of Dalga village in Egypt to pay a jizya tax as indicated in Koran 9:29, author and translator Raymond Ibrahim reported on Sunday.

Jizya is the money, or tribute, “that conquered non-Muslims historically had to pay to their Islamic overlords ‘with willing submission and while feeling themselves subdued’ to safeguard their existence,” Mr. Ibrahim explained.