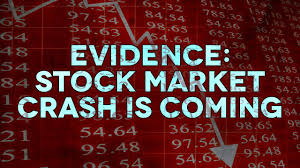 Between the dramatic sell-off in German Bunds that unfolded over the course of three weeks beginning on April 21 and the erratic trading that ensued on Tuesday following the weakest JGB auction since 2009, the chickens, as they say, have come home to roost in government bond markets where thanks the ECB, the Fed, and the BoJ’s efforts to monetize anything that isn’t tied down, the market has become hopelessly thin.

As we’ve documented exhaustively — and as every pundit and Wall Street CEO is now suddenly screaming about — the secondary market for corporate credit faces a similar dearth of liquidity and at just the wrong time. Issuance is at record levels and money is pouring into IG and HY thanks to CB-induced herding (i.e. quest for yield) and record low borrowing costs (again courtesy of central planners), but thanks to the new regulatory regime which ostensibly aims to curtail systemic risk by cutting out prop trading, banks are no longer willing to warehouse corporate bonds (i.e. dealer inventories have collapsed), meaning that in a rout, investors will be selling into a thin market. The result will be a firesale.

So while policymakers are still willfully ignorant when it comes to honestly assessing the effect their actions are having on government bond markets, the entire financial universe seems to have recently become acutely aware of the potentially catastrophic conditions prevailing in corporate credit. These concerns have now officially moved beyond the realm of lip service and into the realm of disaster preparedness because as Reuters reports, some of the country’s largest ETF providers are arranging billion dollar credit lines that can be tapped to keep illiquidity from turning an ETF sell-off into a credit market meltdown:

It will arrive, shortly --

The natural consequences proceeding from such an event are as mortifying as they are inevitable.

Let us ensure that we hold those who caused the death of our society fully accountable.