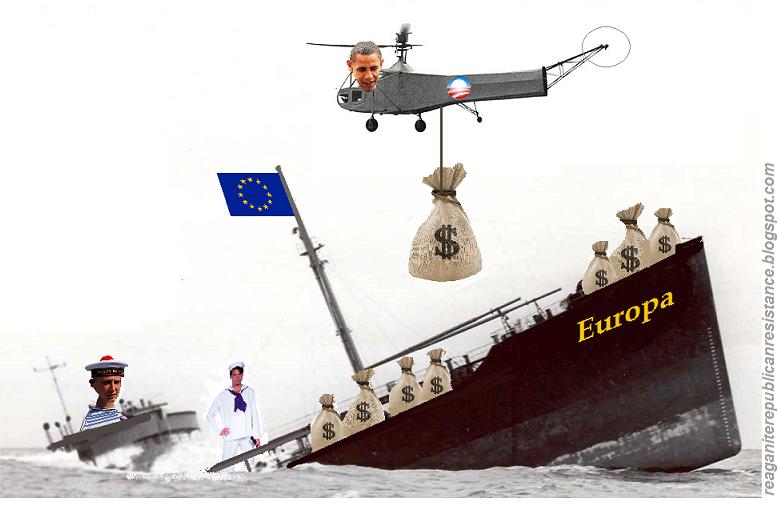 Peter Orszag, a vice chairman at Citigroup made the following statement today:

It is very strongly in our interests, and by that I mean U.S. interests, to avoid having Europe, in particular its banking system, collapse, especially when the U.S. economy is right at stall speed.

And this is how the justification will begin concerning the Federal Reserve’s commitment to bail out the European Union. At what point do we allow a privately held bank to control the money supply and policy of the United States in clear violation of the original intent of the Constitution?

To borrow money on the credit of the United States;

The passage of the legislation in the middle of the night on December 23, 1913 by a Republican led ploy is also complicated by the following text in Section 30:

SEC. 30. The right to amend, alter, or repeal this Act is hereby expressly reserved.

Who holds this right was never clarified. So now we are living through the final consequences of this act as our wealth is redistributed to Europe without any approval by Congress or the American people. President Obama has sent Tim Geithner to Poland to finalize this deal. Do you think any Greek sitting on the beach will consider thanking us for their early retirement and social programs?

Whether we will be privy to the details of this bailout or if we have to go to court as with TARP will be known in the next few days. The question of who is in your wallet is now known: Europe.

Treasury Secretary Timothy Geithner will discuss with European finance ministers the possibility of leveraging the euro zone’s bailout fund to make it more effective in fighting the region’s debt crisis.

The disclosure came as the European Central Bank said on Thursday it was joining with other major central banks in a joint action coordinated with the U.S. Federal Reserve to ease dollar funding for stricken European banks to tackle an emerging credit crunch due to the sovereign debt crisis.