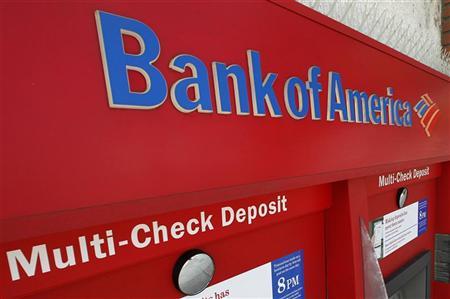 I wrote an article outlining the Bank of America Declaration in May, 2012.  While some people thought that this was a “red herring”, I still believe our banking system is the root cause of our impending economic collapse. Bank of America was (and still is) a good target based on its record of abuses as outlined previously. J.P. Morgan Chase is just as culpable with their theft of personal property through MF Global. But Jamie Dimon is part of the Obama administration or more likely one of the puppet masters.

From the Huffington Post‘s Mark Gongloff:

The real reason the economy is doing poorly, according to Dimon, is because of our constant finger-pointing and asking of unhelpful questions, like: “Why aren’t banks holding more capital?” and “Why aren’t any of you bastards in jail?” and “Who took all of my money?”

Why is it so hard for you people to understand that the economy is not being held back at all by the almost daily outbreak of banking-sector scandals and screw-ups, often involving Jamie Dimon’s own bank, JPMorgan Chase? Things like the Flash Crash and the Facebook IPO and the MF Global collapse and the Knight Capital collapse and JPMorgan’s $5.8 billion London Whale loss and the widespread, habitual manipulation of Libor — a scandal also involving JPMorgan — to name just a few. Of course none of those things hurt consumer or business confidence, because of the free market.

Reuters has broken the news on a two-year old secret program to make sure that banks are preparing for their collapse. How will this impact the banking sector now that the “secret” is out?

There is a simple solution to Mr. Dimon’s finger pointing above: you will not have to ask “Who took all of my money?” if you make the prudent step of removing your money from these banks. Especially before the money market limitations on withdrawals is put into place.

From the New York Federal Reserve:

The Federal Reserve Bank of New York said it supports limiting some types of money-market fund withdrawals in a bid to protect those funds from suffering the equivalent of a bank run.

The analysts propose that money-market funds could be strengthened if they were to have a “minimum balance at risk.” As envisaged by the authors, this balance “would be a small fraction of each shareholder’s recent balances that would be set aside in the event that they withdrew from the fund,” the press release said.

Whether we are the masters of our own fate or we let the Federal Reserve and banks steal our assets is obviously a personal decision. The only thing holding people back is fear and denial.

U.S. regulators directed five of the country’s biggest banks, including Bank of America Corp and Goldman Sachs Group Inc, to develop plans for staving off collapse if they faced serious problems, emphasizing that the banks could not count on government help.

The two-year-old program, which has been largely secret until now, is in addition to the “living wills” the banks crafted to help regulators dismantle them if they actually do fail. It shows how hard regulators are working to ensure that banks have plans for worst-case scenarios and can act rationally in times of distress.

Officials like Lehman Brothers former Chief Executive Dick Fuld have been criticized for having been too hesitant to take bold steps to solve their banks’ problems during the financial crisis.

According to documents obtained by Reuters, the Federal Reserve and the U.S. Office of the Comptroller of the Currency first directed five banks – which also include Citigroup Inc,, Morgan Stanley and JPMorgan Chase & Co – to come up with these “recovery plans” in May 2010.