Game Over in Syria? What About DC? 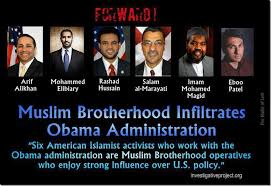 The Muslim Brotherhood is on the run in Egypt and Syria. The last remaining stronghold for the MB is DC.

Three months after winning the strategic town of Al Qusayr, the combined Syrian and Hizballah armies have captured the historic Muslim Brotherhood city of Homs, 162 kilometers northeast of the capital Damascus. DEBKAfile’s military and intelligence sources report that Sunday, July 28, jeeps with recoilless guns, pick-up trucks with anti air guns – all loaded with defeated rebel Farouq Brigades fighters were to be seen fleeing the city. As they fled, Syrian and Hizballah army tanks facing no resistance rolled into the center of Homs, the old city and the Khladiyeh district and hoisted images of President Bashar Assad.

The fall of Homs, which the rebels designated from the start of the uprising “capital of the revolution,” opens the way for Syrian-Hizballah forces to move north on Aleppo, Syria’s largest city.

Aleppo’s capture would grant Assad a decisive victory in the civil war and confer on the Lebanese Shiite terrorist Hizballah for the first time the standing of an armed force with strategic capabilities, as well as giving the Iran-Syrian-Hizballah alliance a major boost.
Early Monday, Syrian ground-to-ground missiles were pounding rebel fortifications Aleppo to soften their resistance, while Syrian air force helicopters struck Kurdish PYG units ranged along the Syrian-Turkish border. Although the helicopters flew over the frontier, they did not run into any interference from the Turkish air force, its artillery emplacements or the NATO Patriot anti-missile batteries deployed there.

This entry was posted in Editorial and tagged Muslim Brotherhood. Bookmark the permalink.