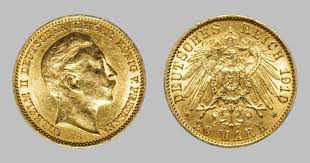 The German court of auditors (Bundesrechnungshof) has demanded that the Bundesbank undertake an audit of its gold reserves.  In an ‘audit-the-fed’ style effort, the court wants to ensure that the nearly 3400 tons of gold is in fact in existence – ‘because stocks have never been checked for authenticity and weight’. Furthermore, the Bundesbank’s gold is stored in three other vaults around the world: The Bank of England, The Bank of France, and the US Federal Reserve. The court questions the practice of relying on a written confirmation from the custodians (foreign central banks). The decision means negotiating with the three foreign central banks for physical verification but in anticipation, the Bundesbank has begun the process of shipping 50 tons per year from the Fed back to Germany for the next three years.

Germany has the second largest gold reserves in the world, nearly 3400 tons. Supposedly, anyway. Because stocks have never been checked for authenticity and weight. Now, the Federal Court has asked the Bundesbank to examine the gold reserves abroad regularly.

The German central bank gold is safely stored in vaults in Frankfurt, New York, Paris and London. Checked really but apparently no one. The Federal Court has the Bundesbank now anyway required regular inspection and inventory of the vast gold reserves abroad. The auditors explain this in a report on Monday has become known to the budget committee of the Bundestag with the “high value of gold holdings.”

The samples stored at other German banks stocks were also never by the Bundesbank itself or by other independent auditors “added physically and for authenticity and weight” checked. Actually talk on the subject numerous theories – so should the U.S. gold reserves at Fort Knox have long been looted.

This entry was posted in Editorial, Financial and tagged audit, Bundesrechnungshof, German, Gold. Bookmark the permalink.