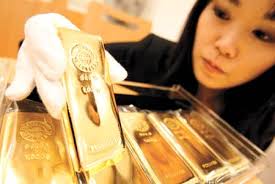 Western central banks have got themselves horribly wrong-footed as a result of not adjusting their anti-gold policies to allow for the realities of Asian gold demand. Though their dealings are shrouded in secrecy, there is compelling evidence that much – if not most – of Western central bank gold has been quietly sold over the last three decades.

More recently all members of the Shanghai Cooperation Organisation, a common security and trading bloc led by Russia and China and incorporating the bulk of Asia’s land mass, have been accumulating gold. Between current SCO and future members (India, Iran, Afghanistan, Mongolia, Belarus and Sri Lanka), with their citizens numbering over 3 billion people, they have togethercornered the global market for physical supply, without even taking account of demand from the rest of South East Asia’s gold-hungry population.

The result is that gold markets are now failing to clear. The outcome is a choice: the West will either have to stop intervening and allow gold to find a level where physical and derivative markets interact properly with each other, or capital markets in the West will face a growing crisis likely to spill over into other markets. While these outcomes were always going to be a choice to be made at some time in the future, the disconnection between physical gold and derivatives has become so great that it is now an immediate concern.

This entry was posted in Editorial, Financial and tagged Gold. Bookmark the permalink.